A future for business education: why business as usual is bad business 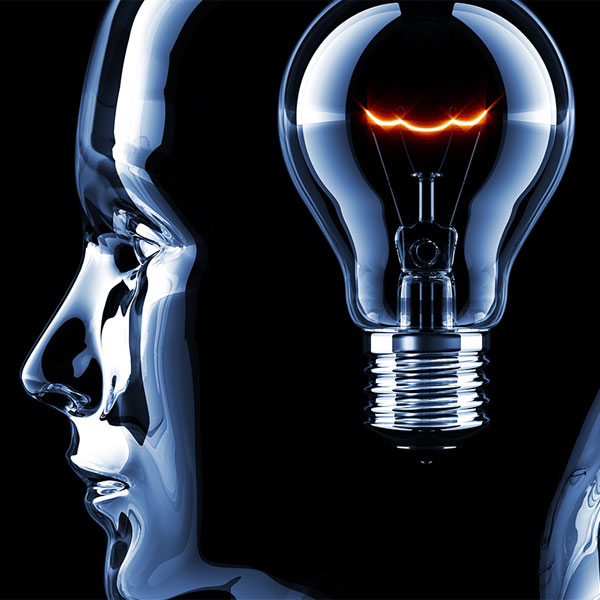 Chris Pitelis calls for a re-imagining of business education and business schools so they can help build a better and brighter future.

Business education is relatively young, about 140 years old. It started as a case study-based approach with little by way of conceptual foundations. Nevertheless, it has become very successful. Circa one in five students in the US is enrolled in a business education programme.

Over time, there emerged prestigious specialised conferences, journals, accreditors and other bodies and metrics that have helped foster a diverse and seemingly robust ecosystem.

Things were not always so good. The author studied economics in the UK and recalls the disdain with which business faculty and studies on “the floor below” were regarded by economists – as little more than glorified consultants.

In some ways that was deserved. Emerging business and management schools would normally tend to attract the scholars who could not succeed in their field by being too applied and/or too heterodox and/or simply not good. Few fields, such as marketing and accounting partly escaped the stigma of being compared to scholars and departments of a founding discipline; others such as international business aimed to be multidisciplinary to start with, partly escaping the founding discipline “curse”, yet struggled to convince the wider academic community of its rigour and sometimes even its raison d’être.

In this context the subsequent success of business schools was neither self-evident nor, to my knowledge, has it been adequately understood and explained. There are a few possible related reasons.

A key reason in my view is that business education has gradually served as a “general purpose technology” (GPT). GPTs, such as the internet, are technologies/innovations that have multiple applications and are scalable (consider Google algorithms). Business education – imparted knowledge shares in part, these characteristics.

Business schools themselves kept improving in numerous ways and gaining academic credibility, often drawing on their disciplinary foundations of economics, sociology, psychology and quantitative methods while increasingly aiming to adapt to business reality and develop and improve new theories for their own purposes.

The need for and pursuit of scholarly legitimacy also drove the emergence of “elite” journals with demanding conceptual and methodological rigour. Books, meanwhile, have been delegated to practitioners and hobbyists.

As in other subjects, notably economics, the focus on “research” gradually gave rise to diminishing returns. The pressures for publication in elite journals with the almost excessive reward in terms of promotion, tenure and overall gravitas has raised concerns about the potential trade-off between research, teaching, leadership and engagement. Many a top publication is seen as largely irrelevant to real-life business and practitioners.

While a number of top schools had the resources to hire individuals who could excel in elite and relevant research (as well as on teaching and leadership) usually with supporting structures and business models and procedures, not everyone could follow. And the impact on life-work balance gradually started become excessive.

Students paying high fees began questioning the relevance of top-tier research to their learning experience. Similarly, many businesses and business people questioned the relevance and usefulness of business degrees. All this led to calls for change with a gradual re-balancing and more focus on engagement, impact and teaching.

It could be argued that the evolution of business education has gone from practice to theory and back to practice. I think, however, that the reality is more nuanced than that. What we see is a re-emergent focus on teaching, engagement, relevance and impact, taking place from stronger conceptual foundations – that of “engaged scholarship”– that could be imparted to and co-developed with the student body and other stakeholders.

The return to practice in the form of engaged scholarship is, in this sense, at a higher plane than before. It has been co-constituted through public policy innovations such as the REF (Research Excellence Framework) and the T(eaching) EF and now the K(nowledge) EF in the UK as well as the role of business school dean associations such as CABS (UK) and ABDC (Australia) and accreditation bodies such as the EFMD, AACSB and AMBA providing rules and metrics to measure and improve sustainable performance.

Today business education is a multi-billion-euro sector. But it is also looking rather tired and ill-adapted to today’s realities. MBA numbers are declining in many countries and the cost-benefit calculus of business degrees is under question. Popular magazines, such as Fortune, wonder what is killing business education in the US.

Factors such as immigration and neo-protectionist policies by governments contribute. And so does increasing supply and competition from numerous sources including new national markets and alternative providers. All these are widely acknowledged and discussed. The question whether competition harms or helps expand the market remains an open one.

Here I wish to focus on some aspects that can benefit from more attention. These relate to the student experience, the role of business in the global financial crisis, the 4th industrial revolution and the rise of big tech.

Starting with students, the success of business education led to business schools often becoming the cash cows of financially challenged institutions. Gradually this has led to lop-sided (as compared to other schools and departments) staff-student-ratios (SSRs), unhealthy life-work balance and high salaries.

At the same time, increasing fees and even a rather self-defeating approach by some institutions to treat students as “customers”, have led to those customers demanding value for money and sometimes expecting to “buy” what they paid for (a good degree) one way or the other. Combine this with increasing demands on academics for research output as opposed to teaching excellence and things gradually came to a head.

During the years of “irrational exuberance” business scholars like many economists, have gradually come to believe in the self-correcting properties of markets and the ability of business to help address societal problems. That led to a suspicion of public policy and a sharp decline in the perceived need for government involvement in terms of antitrust action, regulation, competition and other policies.

The focus on business has also been prejudicial on engagement with the “third sector”. That has helped undermine economic sustainability and in many ways business education became complicit on practices that helped bring about the global financial crisis. It was not rare for business school cases to heap praise on the acumen and practices of businesses that were later involved in the major scandals; consider Enron and Theranos.

In the meantime, the failure to seriously consider antitrust legislation helped the currently dominant tech monopolies, a concurrent worsening in income distribution, little regard for the environment and basically an institutional failure of unprecedented dimension.

Not surprisingly, many a commentator, including numerous documentaries and dramatisations of the crisis, questioned the role and legitimacy of business education. With business schools depending more than others on business engagement, executive education/ consulting and business-related research, and the emergent conflict of interest is not too hard to see. It is hard to be critical of your funder even at the most basic personal level.

Increasingly that led to demands for more arm’s length engagement and the inclusion of ethics, governance and sustainability–related issues in the business curriculum. Yet it is clear that this follows than leads. Different pressures emerged from the 4th industrial revolution. This includes developments such as artificial intelligence, robotics, 3D printing, blockchain, internet of things, self-driving and electric vehicles, smart cities and so on. None of those plays to the current provision of business education. They are simply too science and engineering based for the current business model of business schools.

Business education needs to adapt and to lead. For this it needs to enhance its provision with subjects that are able to address the key challenges cited above and others. Dealing with social and economic sustainability requires a focus on ethics and morality –this can come from philosophy. The influence of philosophy and epistemology on business has so far been minimal.

Antitrust action requires incorporating law. Law and economics have found applications in the corporate governance debate but here, too, business scholars mostly followed the economists’ emphasis on shareholder value. Things are changing, but slowly. Incorporating law into the curriculum can help. The same applies to politics. The current power of big tech is much more than market power — it has morphed into political power. It is important that power becomes a major subject in business curricula — hence politics and geo-politics as well.

The above has focused on social sciences. The 4th industrial revolution calls for expanding the curriculum to science and engineering. Business schools need to do with relevant science subjects what they before achieved with (selected) social sciences. If all the above sounds a bit like “business education imperialism” and a very tall order indeed, it is because it is. It cannot be readily achieved by individual schools, even the most resourced and resourceful ones. It requires collaboration, intra and inter-university, close and arm’s length collaboration, and partnerships with business but also with the public sector, with the polity (the third sector) and with all key constituents of the supporting ecosystem, such as accreditors.

It also requires discipline-based interdisciplinary. Despite praise heaped on multi and interdisciplinary behaviour, the reality on the ground remains that these are not rewarded, incentivised or facilitated. They are very few if any inter-disciplinary journals, conferences and accreditation bodies.

Arguably, inter-disciplinarily works best when each participant is an expert in his or her discipline and learns from each other — not when everyone is a jack-of-all trades and knows a little about everything. While there is need for the rare neo-renaissance multi-expert individual and for “communication facilitators”, more often than not reality and expanding knowledge calls for specialisation, division of labour and co-operation.

It is unlikely that the above can be effected with the same modalities as before. For one, the scale may be prohibiting to all but the very few. This requires genuine intra- and inter-university partnerships and deep thinking about what makes good for purpose structures and business models. It also requires accreditors adapting to the new reality. And it requires business education itself not committing euthanasia by undermining the development of the very subject matters on which its continuing sustainable success depends.

The closures of liberal arts, philosophy, economics and sociology departments on financial grounds kills the goose that lays the golden egg. Business educators should be prepared and willing to keep subsidising the subjects that helped them succeed.

I will close with a call to bring back the good old book. In my area (strategic international business and organisation) virtually most key ideas emanated from a handful of classic books on economics by Joe Bain, Edith Penrose, Cyert and March, Nelson and Winter, Oliver Williamson and Stephen Hymer.

In part this is because exploring adequately a single overarching and fungible argument and its implications requires space, time-frame and method that are poorly aligned to elite journal publications. With few exceptions, such as the resource and capabilities-based view, the record of management scholars in coming up with new theory is lamentable. There are, for sure, very many good ideas and advances but no new overarching general theories like those proposed by the aforementioned economics scholars. Here again we are followers.

Bringing the book back in, developing our own theories and methods can help end this dependence on fields such as economics that are increasingly becoming irrelevant yet paradoxically the dominant source of theory. We can and should do better. Business education and the business schools need to be re-imagined, adapted to and help shape the (a brighter) future. Business, as usual, is bad business. It is hoped that this article may help by inviting a debate.