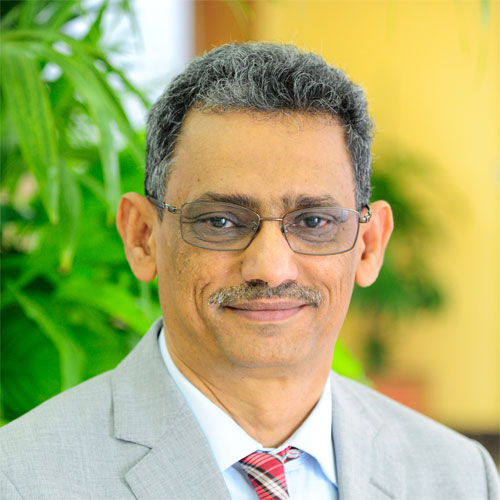 Dr. Hamad joins the ADU team in Al Ain to lead the strategic vision and future growth of student enrollment, the expansion of program offerings, build the Student Engagement strategy and oversee the current development of the new campus, which is set to open early next year.

Professor Waqar Ahmad Chancellor at ADU said that Dr. Odhabi’s expertise will be an excellent addition to the new Al Ain campus. Professor Ahmad welcomed Dr. Odhabi as one of the newest members of the University, affirming that the all-encompassing experience Odhabi brings will add great value and provide the new campus the ultimate head start needed to achieve its strategic and academic goals.

Dr. Odhabi has over two decades of progressively growing experience in academic and research leadership roles in higher education and technology in the United Kingdom and UAE. He has previously led the Executive Dean of Computer Science and Applied Communications at the Higher Colleges of Technology (HCT). During his time at HCT, he built a strong and collaborative team from all department chairs and faculty across 17 colleges. Under his leadership, student enrolment has increased significantly in addition to attaining two international program accreditations.

In his previous role, Dr. Odhabi introduced a new sponsored Bachelor of Science in Archiving program in collaboration with the Department of Research and Documentation of Abu Dhabi and initiated a Master of Information Systems Management, which has grown fast and made use of joint learning delivery. Dr. Hamad also led students to win the Prime Minister’s award for the largest mobile application development in the UAE.

Dr. Odhabi commented, “Working at HCT was a truly a remarkable experience, and I look forward to starting this new chapter with ADU and shortly debuting the Al Ain campus as one of the region’s leading institutes. I am joining a highly ambitious university that has proven students lie at the core of their success and put in the effort to invest in its future, as evidenced by the campus in Al Ain.”

In his capacity, Dr. Odhabi will be responsible for and overlooking planning, daily operations as well as personnel management. He will assist in developing annual plans, participate in the academic planning and degree offerings in Al Ain campus as well as leading student’s recruitment activities and efforts aimed at enhancing enrollment growth and retention. As part of his daily roles, Dr. Odhabi will lead community engagement, strengthen relationships with external communities including high schools, private businesses and governmental agencies.

Abu Dhabi University has announced a new campus in Al Ain, which is currently under development. With facilities occupying over 28,000 square meters during the first phase, the new campus will include more than 70 lecture halls and laboratories, with 137 offices for staff and faculty, and state-of-the-art scientific equipment that meets international quality standards. It will accommodate 2,500 students during its first phase with a total capacity of 5,000 students.