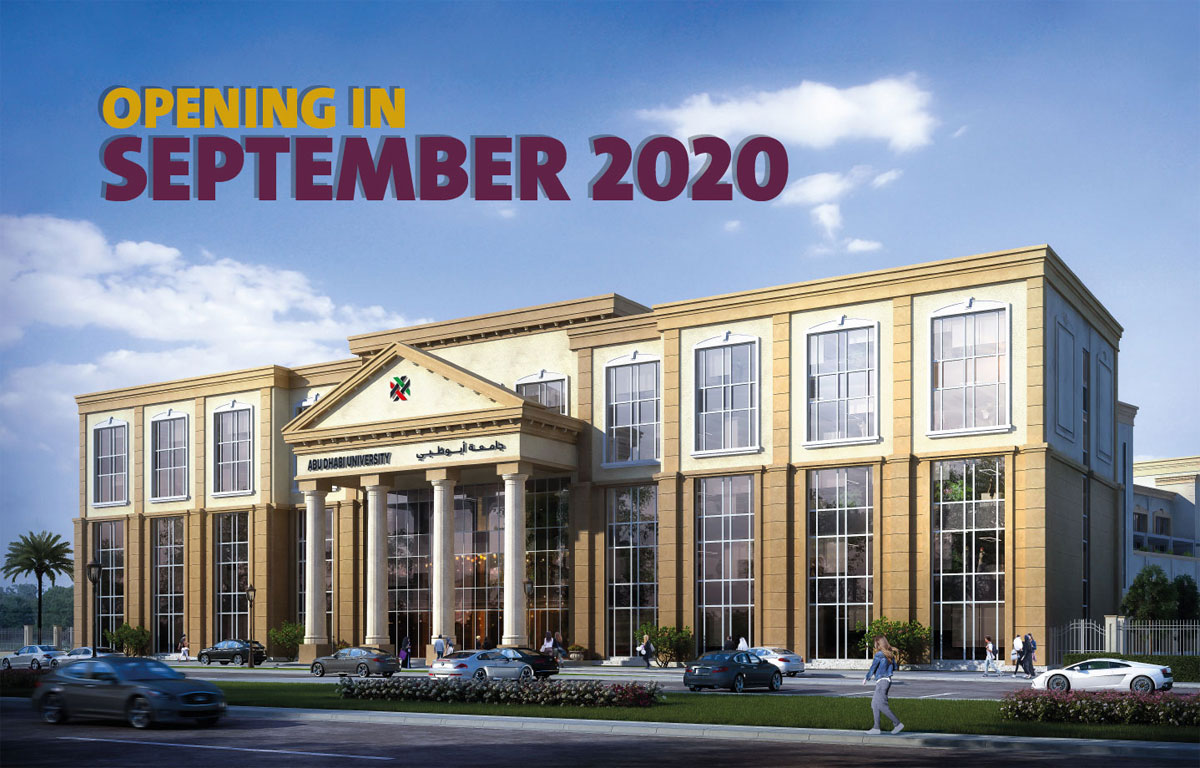 His Highness Sheikh Hamdan bin Zayed Al Nahyan highlighted that naming the new campus after His Highness Sheikh Tahnoun bin Mohammed Al Nahyan is in appreciation for the efforts and contributions of His Highness towards the country and its citizens during the past years and his continuous support for the civilizational and urban renaissance of Al Ain city, in addition to his keenness to ensure providing citizens with all the necessary means they require.

H.H. Sheikh Hamdan bin Zayed Al Nahyan emphasized that ADU is a recognized academic institution with a proven track record amongst global educational institutions despite its young age. He noted that ADU achievements reflect the vision of the late Sheikh Zayed bin Sultan Al Nahyan to foster a robust generation and provide an advanced education system that is always forward-looking.

H.H. Sheikh Hamdan bin Zayed Al Nahyan said, "We are proud of ADU's academic accomplishments, locally and internationally. In line with Abu Dhabi's policy agenda 2030, the UAE Centennial 2071, and the directives of our wise leadership: H.H. Sheikh Khalifa bin Zayed Al Nahyan, President of the UAE; His Highness Sheikh Mohammed bin Rashid Al Maktoum, Vice President, Prime Minister and Ruler of Dubai; His Highness Sheikh Mohamed bin Zayed Al Nahyan, Crown Prince of Abu Dhabi and Deputy Supreme Commander of the UAE Armed Forces, as well as the Supreme Council Members, Their Highnesses Rulers of the Emirates, ADU has weaved excellence into the thread of its identity, cemented its position at the top of international competitiveness indicators, and built an educational system that stays current in a fast-changing world."

H.H. Sheikh Hamdan bin Zayed Al Nahyan underscored that ADU's growth and development since its inception in 2003 is a result of its unwavering commitment and tireless efforts to become a leader in teaching, scientific research, and community service. Naming ADU's new campus after H.H. Sheikh Tahnoun bin Mohammed Al Nahyan adds great value to its mission and marks a notable shift to the University’s progress and its scientific and educational mission.

His Highness reaffirmed that Al Ain campus honors the journey of the UAE's founding father that started on 6 August 1966, when he announced the beginning of an era in human development and laid the foundations of growth and prosperity the UAE is now witnessing.

H.H. Sheikh Hamdan bin Zayed Al Nahyan wished Abu Dhabi University success in its journey as it continues to invest in its community and the region, providing expertise in the sciences of the fourth industrial revolution: artificial intelligence, astronomy and space, and a myriad of other disciplines in engineering, health sciences, and technology. His Highness expressed his pride in ADU's achievements and the prestige it has garnered by embracing students from across the world, cementing its position as a beacon of tolerance, coexistence, learning, and multiculturalism.

The new Al Ain campus, architecturally inspired by the Ghaf tree, will accommodate up to 2,500 students following the completion of the first phase of construction, with twice that capacity (5,000 students in total) on completion of the campus. The 54,000 sqm purpose-built facility will include more than 70 classrooms and state-of-the-art scientific laboratories empowered by artificial intelligence, as well as 137 offices for staff and faculty. The campus will also include a wide variety of facilities such as a gymnasium, aerobics studio, games room and cafeteria, conference rooms, indoor sports fields, medical clinic, library with a dedicated reading area, discussion rooms and a Student Council office.