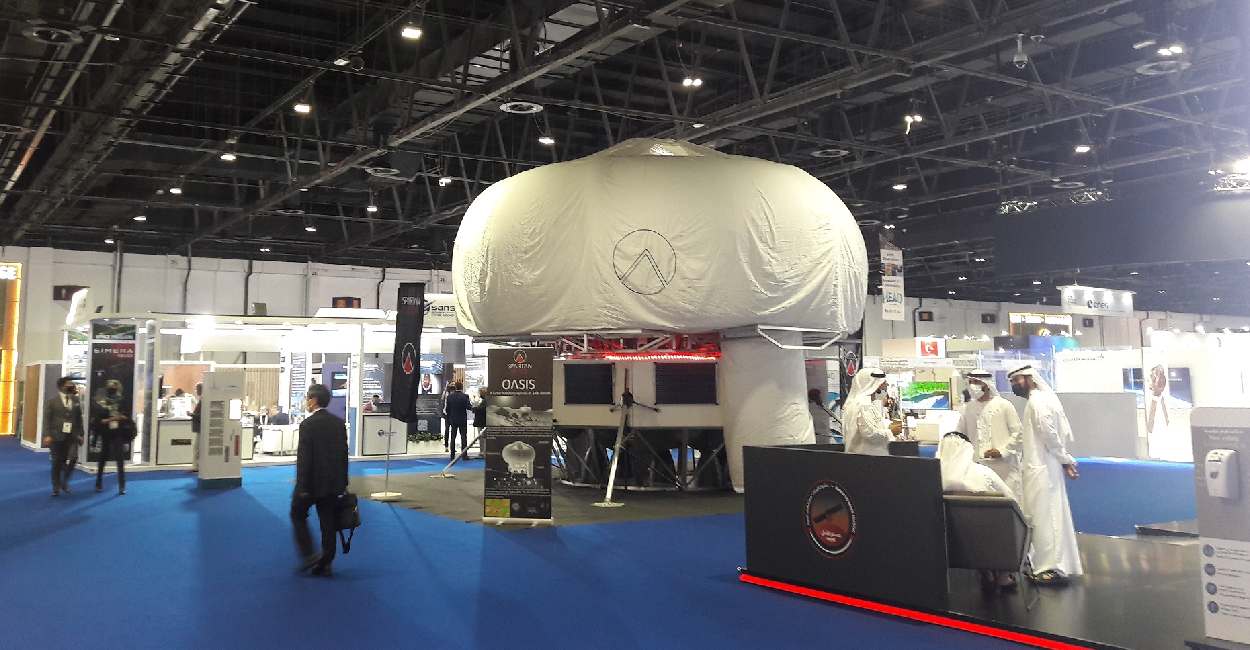 ADU is set to host the innovative “OASIS” EUROHAB, a lunar habitat concept developed by the French start-up, Spartan Space. Spartan Space is selected by Mohammed Bin Rashid Space Centre (MBRSC) Space Ventures program to promote and develop new space exploration ecosystem in UAE. Hosted at ADU’s main campus from February 8 – 11, EUROHAB is an inflatable habitat conceived for missions on the surface of Moon or Mars. The innovative project was developed in collaboration with French Space Agency (CNES) and other partners.

As part of ADU’s commitment to providing students with an exemplary student experience, ADU is constantly adapting educational tools and programs that elevate the student experience and best prepare them for the career market. The display of the Space Habitat at ADU’s main campus will present students with advanced learning opportunities and create a deeper learning experience based on practical application.

Previously the model was presented at the International Astronautical Congress (IAC) DUBAI 2021 with the support from MBSRC and the concept was also showcased at the French Pavilion in EXPO 2020 Dubai. EUROHAB provides a secondary habitat for astronauts that represents a first step towards a permanent lunar settlement at the Moon’s South Pole. The concept is designed for a crew of two to four astronauts. Besides being a secondary habitat for crewed lunar missions, it can be also considered as a safe haven in case of emergency.

The prototype will serve as a new platform for developing the new generation of technologies for future human exploration. In addition, it will be used as an analogue facility for simulation missions on the ground.

ADU students and professors will have the opportunity to witness the assembly of “OASIS” EUROHAB on campus and tour around the display for a period of four days. The University will be hosting a series of university and high-school visits in an effort to extend the experience to the greatest number of UAE-based educational institutions possible.